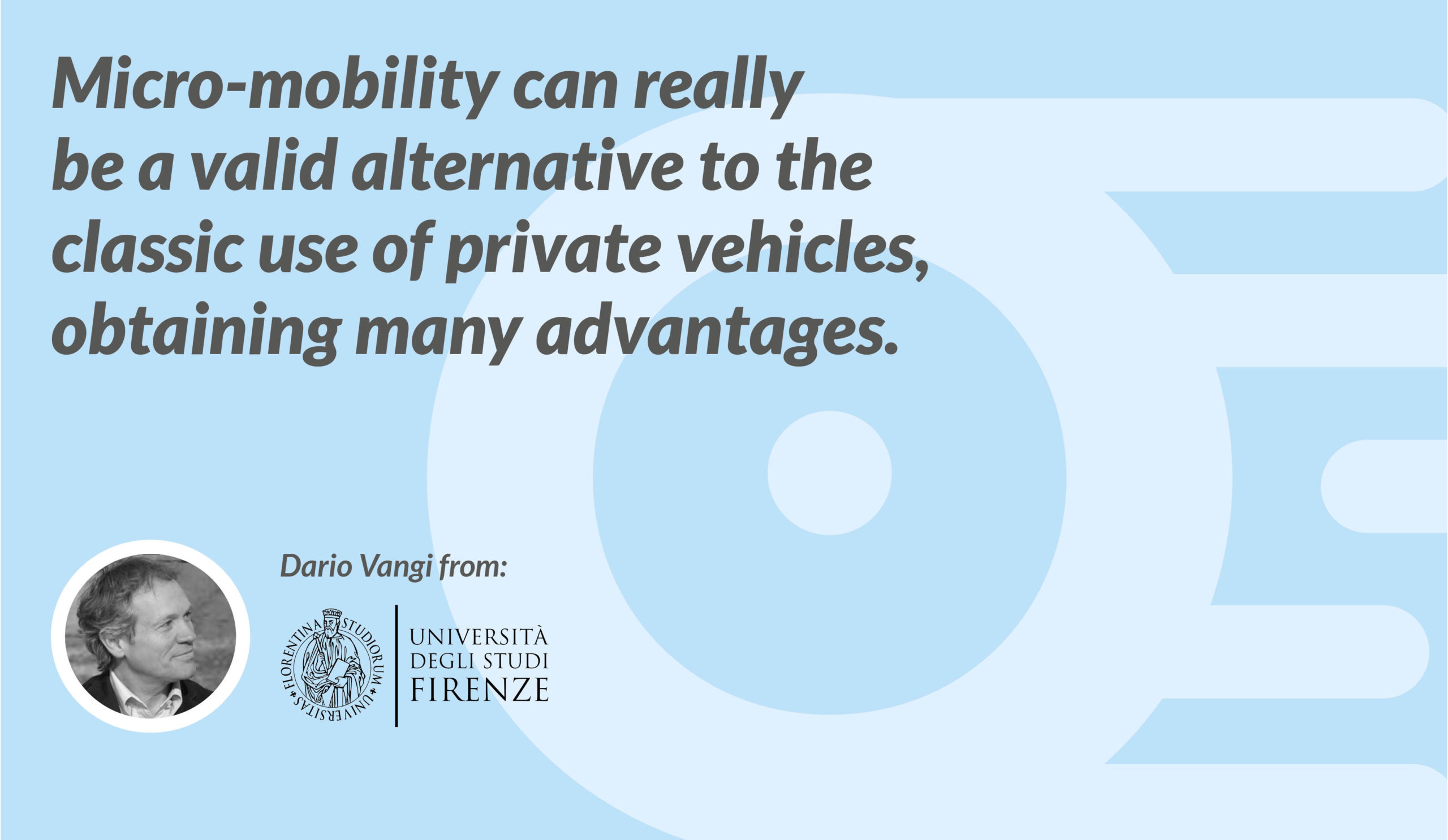 How did you come up with the idea of Leonardo?

Leonardo’s idea came through a process of critical review of the various micro-vehicles available on the market, evaluating their positive and negative aspects. The idea was to make a vehicle that grouped all the positive characteristics to make it not a vehicle for occasional use or for play, but a real vehicle that would allow daily use and commuting to work and, why not, also for leisure.

What motivated you to undertake this project?

The motivation arose from the consideration that micro-mobility can really be a valid alternative to the classic use of private vehicles, obtaining many advantages both for the user and, more generally, for the entire population of urbanized areas. Just in terms of energy, think about having to move a one-ton vehicle to transport a person weighing 80 kilos: it does not matter how much we try to optimize the efficiency of motors or to use clean energy, it is clear that we are starting from a wrong concept. This obviously does not mean completely replacing traditional vehicles, but in most of the daily movements we do not need to move so much mass at all.

How was the consortium formed?

The consortium was formed by bringing together all the skills necessary for the development of the vehicle. There are companies which are expert in the construction of two-wheeled vehicles, experts in structural calculation to optimize the vehicle structure, experts in design and electric mobility, electronics for the development of the control part of the vehicle and experts in road safety. Finally, there are companies and municipalities to ensure extensive testing in 4 European and non-European cities, to test the vehicle and refine it but also to get feedback from the users, who will be volunteers identified in each city.

How will the Project be carried out during these 36 months?

The project envisages an intense vehicle design activity in the first year, in which the initial concept will be consolidated, all the construction details defined as the technologies to be used, also thinking about future series production. In the meantime, the first prototypes will be developed for internal tests to verify different construction choices and fine-tune the control modality of the vehicle. In the second year, an experiment will begin in Rome with 50 vehicles that will run, with volunteers who will be able to use the vehicle for two or three weeks and will give feedback through a specially developed app. In the third year, the experimentation will expand with additional 100 vehicles that will run in three other cities, two to be selected in Europe and the last represented by Eilat, in Israel. During the two years of experimentation, based on the results and feedback received, the vehicle will be gradually improved until the final version is reached.

What have been the achievements/performed steps so far?

At the moment the concept of the vehicle has been defined, a first prototype has been created, still rudimentary but able to provide useful suggestions for the development of the vehicle. Various construction solutions and materials for the platform and for the motor wheel have been analysed and tested. Finally, the regulations in the various countries for the circulation of micro vehicles were analysed, to understand the characteristics it must feature  for being able to circulate.

What long-term results do you expect?

The project aims at the development of a vehicle with a Technology Readiness Level 8, i.e., a qualified and tested vehicle ready for the engineering of series production. It is obviously an ambitious goal, but the team that works on it and the three-year program allow us to achieve it. It is expected that already during the extensive experimentation in the city it will be appreciated by the public and there may also be pre-orders for a future series production.

Leonardo is supported by the European Union. Have you participated in more projects funded by the EU? How do you evaluate them?

The European community has finally given light mobility a worthy consideration. it must be recognized that the push of some countries (mostly from northern Europe) has been fundamental for what it hopes will be a real turning point. Until now, within the SCC (Smart City & Communities) programs the axis of urban mobility has always been contemplated but the approach has always been de-classified to interventions with such a high TRL. So they were actions limited and act as patch to the problem of mobility.

Hoping that this “Leonardo” initiative is only the first action that aims to completely rethink mobility and Electric Vehicles for their real purpose and use in cities. Even the world of CARS should start from completely different basic concepts, it is not any more necessary to build cars similar to “living rooms” to travel 20-30 km a day transporting one person at a time.